There are not many families that can lay claim to having been skiing for 100 years. But that’s the case with us.

A few years ago, I discovered a treasure trove of pictures in the attic —four generations of my family on the slopes. They included ones of my mother, then eight years old, skiing in Switzerland in the 1920s. Skiing was unusual in those days, and the picture of her and her sister appeared in the British newspapers with the caption: “Starting early”. Thereafter she was rarely off the slopes.

‘How lucky you are to have ski lifts,’ my mother would say. ‘I used to climb the mountain for three days — staying overnight in huts  —and then ski down on the final day.’ Even I still remember the leather lace-up ski boots, massively long skis and very basic ski lifts —a rope and a leather belt you put on to go up. 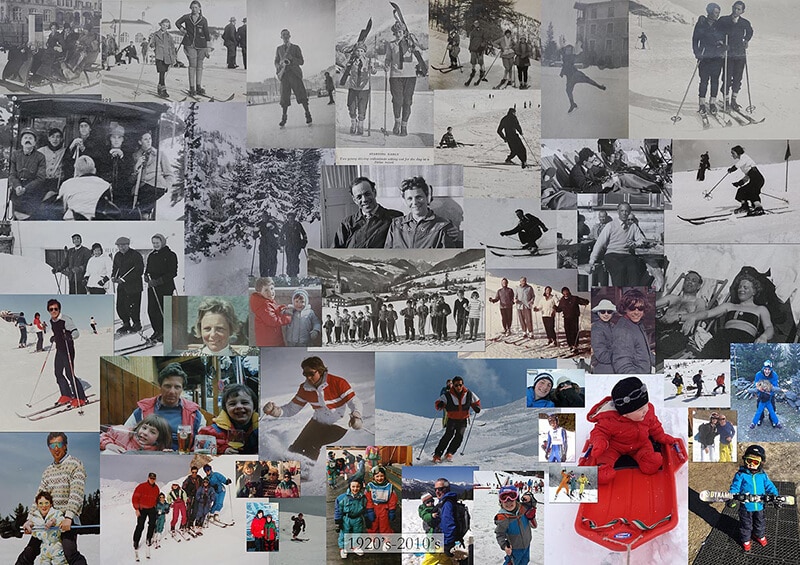 We’ve decorated the corridors of the chalet with some of these lovely old images. They show how people (not just my family!) used to ski with only one pole. But I’m not sure why someone is playing the saxophone and skating at the same time. I’m going to deny his being a Rose family member!

Another feature of early skiing was theThé Dansant. The ski boots were all leather, comfortable for dancing after skiing. This tradition  seems to have been kept alive in the Trois Vallées, although the form is wildly different! La Folie Douce is a popular attraction for many, as is the Rond Point Bar. In both locations boarders and skiers end up dancing on the table tops, followed by a (possibly slightly inebriated) last run down.

30 years of Roses in Meribel

For the last 30 years, we’ve been based in Méribel. That’s because my family are all fanatical skiers. The extent of the ski area and variety of skiing is amazing. It’s also well protected from inclement weather, and the investment in snow cannons enables skiing in large areas even when snowfall has been poor.

My parents were pioneers, my sister and I were keen amateurs, both my children trained as instructors, and now my young grandchildren enjoy the wonderful terrain in the Trois Vallées. Our home is your home. And we hope four generations of your family, friends and colleagues will enjoy it as much as we have. 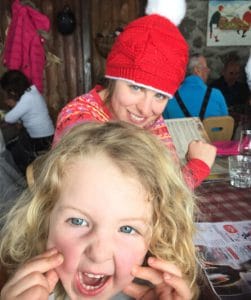 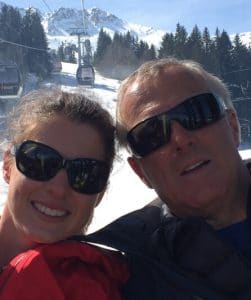 BOOK NOW
We use cookies to ensure that we give you the best experience on our website. If you continue to use this site we will assume that you are happy with it.OkNoPrivacy policy